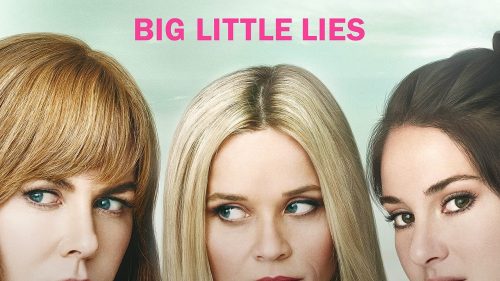 I’m pretty much a loser and predominantly OK with that. It’s these admissions that preclude any shame as I habitually choose binge-watching shows in lieu of socializing with family and society in general.

I was a bit more bored today than usual so after catching up with my two beloved comedy series, Silicon Valley and VEEP I opted to keep the HBO ball rolling and give Big Little Lies a look.

I’m uncertain why I waited so long to indulge with this series, one that premiered in February and concluded some seven weeks ago. Knowing heavy hitters like Nicole Kidman, Reese Witherspoon and Laura Dern starred should’ve been a dead giveaway the series would be interesting.

What I didn’t know is that the series was not only based off a book by Liane Moriarty, but was only intended to be a single-season miniseries consisting of seven episodes.

I had no clue when firing it up today I’d be scribing an endorsement the same night, but whatever.

Before proceeding, let me confess that television and movie reviews aren’t strengths of mine in the blogging game. I’m not sure anything I do on MoranAlytics should be quantified as my forte, but that’s neither here nor there. Anyway, I’m no expert at submitting show details without flat-out giving the shit away. Based on that I’ll keep things vague; tagged with a very strong recommendation that you watch the show.

Big Little Lies does a formidable job surveying callous but genuine struggles we face in everyday life; parenting, adultery, failed marriages and relationships, the social riff between working mothers and housewives, bullying, rape and savage domestic violence among others. Essentially Big Little Lies is heavy with few, if any light hearted pauses.

Particularly brilliant in her role as Celeste is Kidman. I’ll be stunned if she doesn’t see nominations come award season.

Who doesn’t enjoy a good mystery? Again, without squandering away spoilers, Big Little Lies a true whodunit to have you spending literally the duration of seven episodes not only guessing the perpetrator, but the victim as well.

As is typically the case, there’s a twist or two along the way—one in particular that may leave your jaw sunken for a few.

It makes me think Big Little Lies will be a tad more enjoyable if you haven’t read the book. Personally I don’t think I could’ve been as emotionally invested had I known how it ends beforehand, though to be fair there’s enough extraordinarily prevailing acting to keep you engaged regardless if you know the book’s conclusion.

If you’re a fan and I’m confident you will be, there’s good news—it’s already been speculated there’ll be a second season.

Trust your Uncle Pat here, boys and girls…. Big Little Lies is worth your time.