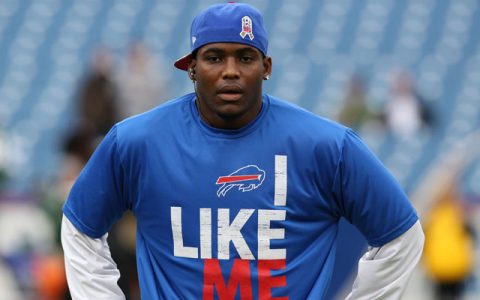 I was never an Aaron Williams fan. To make a long story short, the former Buffalo Bills defensive back rubbed me the wrong way. While having my Buffalo Sports Daily blog from 2009-14, I probably wrote more negative posts about Williams’ over his first few years than any Bills player during that time other than Donte Whitner.  Williams blocked me on Twitter, which in hindsight I probably deserved.

Anyway, Williams sucked during his first few seasons here after being drafted as a cornerback out of Texas in 2011.  Equally significantly, at least to me was his arrogant and sometimes combative Twitter exchanges with fans frustrated at his play. He eventually switched to safety and started balling out and becoming the player many thought he could be in the NFL.  His attitude and relationship with the fans also improved as much as his play.

All that changed, of course, in October 2016 when Miami Dolphins wide receiver drilled him with a dirty, scumbag cheap shot to the chin that injured his neck. He tried coming back but suffered another concussion the following spring and his career was essentially over.

Yesterday Williams made it official, announcing his retirement in a letter published on The Players Tribune that blew me away.  The letter was thought provoking, apologetic and honest. In short, it was an incredible way to say goodbye that I’m sure gave fans on the fence about him a whole new perspective.

Williams credited a five-year old Bills fans for helping change both his career and attitude around.

“That was the moment when I started to look at myself — like really look at myself — for the first time since I had gotten to Buffalo. I thought about all the things I was doing. If this kid saw me trying to fight fans on Twitter, or staying out late at the club, or giving anything less that everything I had to this football team and this city … would he still want to be like me?

And I swear, man … that summer, before the 2013 season, after I met that kid? I reevaluated everything. I realized that I hadn’t even given Buffalo a chance. And the more time I spent out in the community getting to know the city, the more I realized that Buffalo is … well, it’s just Buffalo. It’s a blue-collar city. People work their asses off, and they love their Bills. That’s the deal. And I finally started to understand what an incredible responsibility it was to play for this football team.”

If you haven’t read the entire letter Williams published on the Tribune I highly suggest doing so. If you were critical of him before it may very well change your perspective. It surely did mine.