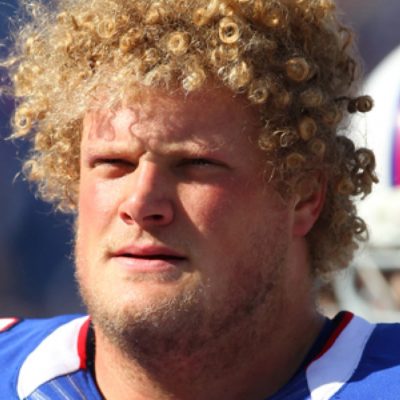 As first reported by Scout Fantasy Sports, Buffalo Bills center Eric Wood, 31,  has suffered a career-ending neck injury. As of this posting  specific details haven’t been made public as to what happened to Wood but does it really matter? One of the organization’s most productive players and likable citizens has prematurely played his last game.

In case you don’t believe the validity of Scout Fantasy Sports, several reputable reporters have confirmed the news, including ESPN’s Adam Schefter and Jay Skurski of the Buffalo News.  Schefter tweeted some vague news about what happened to Wood.

Bills’ center Eric Wood’s career-ending neck injury is partly due to wear and tear, but one source characterized it as a “complicated medical situation.”

A second-round pick in the 2009 draft, Wood played nine seasons with the Bills and was one of their leaders on and off the field.  He was the only Bills player to play every snap last season.  In total he played in 109 games and made the Pro Bowl in 2005.

From the football personnel side the Bills still have Ryan Groy in the fold, who’s more than capable of taking over as the starting center.  I’m not sure how the salary cap works for a player who suffers a career-ending injury and I don’t immediately care enough to research the policy given the stunning nature of this news, but Wood was still under contact for two more years as a cap hit of around $8.6 million this year and $7.7 million for 2019.

Wood’s  longevity with the team coupled with his play on the field and leadership off it, plus being on the team that ended a 17-year playoff drought could see Wood land on the team’s Wall of Fame someday—and given the nature of how his career is ending, perhaps someday soon.

For right now, fuck football. My heart goes out to Wood as a person, I look forward to hearing from him when he’s ready to address everyone and most importantly I pray for a full recovery from whatever happened to him.

**UPDATE** Tim Graham provides a little more into the injury:

Good player, good man @EWood70 … As I understand, it’s not that he had some catastrophic accident yesterday. His injury mostly is cumulative and degenerative. In that respect, I’m thrilled he’s able to walk away from the game now.

I was diagnosed with a neck injury as part of my season-ending physical with the Bills. After consultation with Dr. Cappuccino and other physicians, I was informed that I was no longer cleared to play football, even with surgery or further treatment.

I appreciate and thank everyone for their thoughts, concerns and prayers, and I will shed more light on the situation at a press conference on Monday at the team facility.