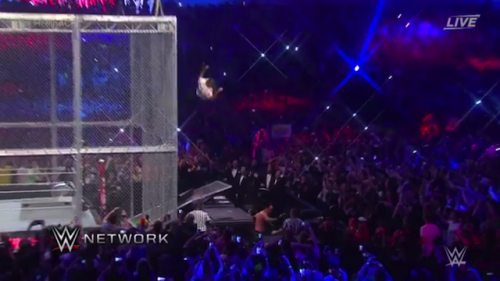 Don’t @ Me: Considering I’m a lifelong New York Yankees fan, Joe Girardi blowing game two literally bothered me all weekend. Still, I’ve made my peace with it and have been willing to accept whatever happens.  I fully expected to see New York finished off last night but their resilience was amazing.  The most enjoyable part of their 1-0 victory is the game’s biggest contributors were also New York’s most maligned players for much of the year; Masahiro Tanaka, Greg Bird and Aroldis Chapman.  The Yanks should e be going for the knockout punch tonight instead of trying to force a deciding fifth game but regardless of what happens I’m satisfied with the season.   New York arrived at least one year earlier than I expected.

Don’t @ Me: I like Buffalo Bills rookie corner Tre’Davious White.  I like him a lot and also like having the Kansas City Chiefs 2018 first-round pick.  However, after DeShaun Watson in action a few times with Houston I have a hard time saying the Bills wouldn’t be better off both today and for the future had they stood pat and took Watson tenth overall. The name of the game is getting a franchise quarterback and Watson surely looks the part early in his career.

Don’t @ Me: I watched Smackdown Live’s “Hell in the Cell” pay-per-view, at least large portions of it and my biggest takeaway is loathing what WWE has done with Shinsuke Nakamura since bringing him up from NXT. This guy was over enough upon his arrival following Wrestlemania that he could’ve almost been indulged like a Brock Lesnar’esque attraction, only wrestling sparingly.  Instead he had an intro program with Dolph Ziggler which was fine and his highlight was defeating John Cena clean on Smackdown to earn top contender headed into Summerslam against Jindar Mahal, but he’s now lost to him on consecutive PPV’s.  I get WWE wants to keep the title on Mahal for the India tour in December but if that’s the case get Nakamura off that program—and maybe off TV altogether for a few months. In fact, wake me up when they get around to a Nakamura/AJ Styles program with the World Heavyweight Championship at stake.

Don’t @ Me: OK, never mind. My new biggest takeaway is that 47-year old multi-millionaire Shane McMahon truly is a crazy son of a bitch. The things he’ll still do for the business is mind blowing.

Don’t @ Me: The famed 2004 draft quarterback class of Eli Manning, Philip Rivers and Ben Roethlisberger are on their very last legs.  Manning and Rivers squared off Sunday and both sucked, while Big Ben was picked off five times by Jacksonville.  The end of the road is coming for all three, maybe as soon as this winter.

Don’t @ Me: Sammy Watkins had zero receptions on four targets in Seattle Sunday. He had his one superman game on Thursday night when he caught six for 106 yards and two scores against San Francisco that had Bills fans brawling on Twitter, but in his four other games he’s been targeted 13 times and has eight catches for 105 and no touchdowns—combined!  He almost certainly wasn’t re-signing in Buffalo after this season and Buffalo would’ve been senseless to franchise tag him.  Instead they dealt him for E.J. Gaines, who has been pretty good and also a second-round pick.  Anyone want to complain about that trade?

Don’t @ Me: I love watching the Dallas Cowboys lose to anyone, and Jerry Jones can piss off for saying any player who disrespects the flag won’t be allowed to play. I hope some of their prominent players rebel.

Don’t @ Me: It’s depressing to see a great player and human being like J.J. Watt have his season come to an end after suffering a “tibial plateau” fracture to his left leg last night. I don’t even know what the hell that actually is but I’m sure it’s not good. He’s done so much for his team and the city of Houston following Hurricane Harvey.

Don’t @ Me: Missed Curb Your Enthusiasm last night with so much sports on television (I count WWE as sports so deal with it).  Looking forward to seeing episode two this morning.