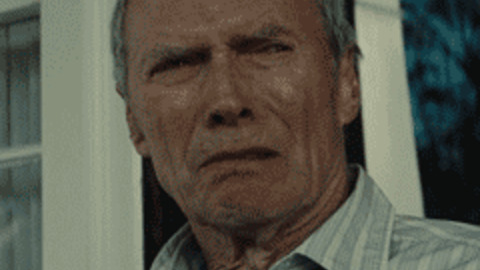 Rather than pump out an overnight reactionary post on how unreservedly dreadful the Buffalo Bills were last night, I decided to sleep on it before jotting anything down. I tend to be an overly emotional knee-jerk reactor as it is and didn’t want to be too low on the Bills over one game, the same as I’ve tried to not be too high in their five wins. So rather than write while emotionally drained I got myself a good night sleep, woke up to have breakfast, compose my thoughts and….  Yep, I’m still pissed off.

♦ If you’re spreading blame towards Tyrod Taylor over this loss I don’t really know what to tell you. Less than five percent of Thursday night’s result is on Taylor, who all things considered played remarkably well.  Tyrod was under siege the entire night thanks to an overwhelmed offensive line that couldn’t fend off a pass rush to save their life.  Sure, Tyrod held the ball too long a couple of times, but there’s not a quarterback on earth that wouldn’t have struggled under the stress he did.  He was sacked seven times and honestly almost anyone would’ve been dropped a dozen times or more.  It’s a damn-near miracle Taylor completed 29-of-40 passes for 285 yards and two touchdowns.

If you want to say he could’ve played better I’ll accept it, but to put this loss on Taylor in any capacity is a bush league move.

♦ I’m not going to let the offensive slide just by mentioning them in passing, as each and every one of them had a reprehensible evening.  Sure, Vlad Ducasse led the way with a completely mortifying showing that will resume fans screaming for his benching, but he wasn’t the only one.  After finally looking fully healthy and playing great against Oakland Cordy Glenn was victimized badly at Met Life and looked like a guy you’d expect in his first practice back from a long injury. I specifically recall a second down and short running play to Lesean McCoy where linebacker Demario Davis pushed Glenn straight back literally eight yards.  Eric Wood has played so well recently I included him in my Bills Player Power Rankings countdown on Wednesday, but he was knocked around on his ass all night, as was Richie Incognito and Jordan Mills, who once again depicted a statue with his blocking. I think the short week affects certain parts of the team more than others and for Buffalo’s sake I hope the O-line was simply physically tired, because that was as bad as it gets.

♦ Equally disconcerting was the defensive line and in particular the interior.  The Jets straight-up picked on Cedric Thornton and Adolphus Washington, running at them with consistent success.  Naturally it led to many bitching about Marcell Dareus being traded but guess what — minus the Tampa game Dareus was no better. He didn’t buy-in to the team and in return the organization didn’t either so move on please.  Washington occasionally makes a great play that demonstrates his talent but his inconsistency is maddening.  Thornton is a depth player who is being thrust into a role that maybe he’s not capable of effectively handling. The Jets ran for 194 yards and many of those originated running right at the teeth of the Buffalo defense.

♦ Of course it would help if the defense decided tackling would be a good idea.  If there’s been one constant this season it’s the Bills being excellent at tackling, but last night was as bad as I’ve seen in years. Nobody could wrap up and finish.

♦ It wasn’t just the run defense that sucked.  The line was also porous at getting to 37-year old Josh McCown, who was only sacked by once.  Jerry Hughes, Shaq Lawson, Eddie Yarbrough and Ryan Davis better figure out how to finish at the quarterback real soon, as Drew Brees, Philip Rivers, Alex Smith and Tom Brady (twice) are looming in the coming weeks.

♦ After last night it may be time to curb that whole Tre’Davious White Defensive Rookie of the Year chatter.  It was a very rough night for the rook.

♦ Here’s the craziest thing—as badly as Buffalo played and horrifically they were manhandled in the trenches, they still could’ve found a way to win or at least be right there if not for their own completely self-inflicted mistakes that snatched any chance for victory away, with three in particular standing out:  Leonard Johnson’s dropped interception in the first quarter that would’ve given the Bills possession at the Jets 30, a lost fumble by Jordan Matthews despite not being hit by a Jet defender just before halftime when in field goal range to tie the score going into the locker room, and a Nick O’Leary fumble that killed a critical drive third quarter drive.  The O’Leary fumble was the real backbreaker.  The Bills were down, 24-7 with 3:13 left in the third when O’Leary caught a pass, went down but wasn’t touched, got back up and promptly fumbled. If he doesn’t lose the ball at the New York 31 and Buffalo goes on to score a touchdown, the Jets are only up by 10 with a full quarter to go and New York has been notorious for finishing awful this season.  Momentum would’ve been on Buffalo’s side and pressure on New York that perhaps leads to a gag job, but the Jets were relaxed after the O’Leary turnover while the Bills clearly dejected, and for all intents and purposes the game was over.

♦ It also felt like the Rex Ryan era with idiotic penalties, led by typical yellow flag ringmaster Jerry Hughes drawing a personal foul for unsportsmanlike conduct penalty—during a first down measurement! There was also Thornton grabbing the entire facemask of McCown as he got what would’ve been the easiest sack of his career, and another inexcusable facemask penalty on White.  In total Buffalo was penalized 11 times for 99 yards.

♦ Generally speaking, it was simply an ugly ass night from a team that looked beyond exhausted on a short week playing on the road and therefore put out a performance that embodied that an early preseason contest that was hard to watch.

♦ To be honest in the hours leading up the game I’m not sure what had me more excited, watching the Bills try to equal their best start since 1993 or hearing Tony Romo as an analyst for three hours plus calling the game.  This guy gives an education on the air.  Not since the days of John Madden have I turned a game on because of who’s calling it, but I find myself doing that with Romo already.

♦ The Bills might’ve played like shit, but at least they looked good.  Please keep wearing the white facemasks from now to eternity.

♦ The biggest bright spot was Zay Jones, who in between leaving the game twice with a knee issue caught six passes for 53 yards and a touchdown.  He clearly wasn’t ready early in the season but appears to be coming around now and is starting to look like the receiver everyone hoped he’d be. I really hope his injury doesn’t keep him out because I’m looking forward to seeing him work the slot when Kelvin Benjamin gets out there.

♦ It’s not  fashionable to say but if you’ve been around the past 17 years or even a nice chunk of it, you know I’m right — No one should be surprised about what they saw last night. This is literally the type of game the Buffalo Bills plays in this situation around this time every year. The Bills always seem to conserve their worst for when they’re on a national stage or the game is incredibly meaningful.  They already beat the Jets once and with games against New Orleans, Kansas City (on the road) and two against New England looming on the schedule, this is a night the Bills needed to dominate or at very least handled their business against an inferior team. Instead they saved their worst performance of the season in every imaginable way for the entire nation to see, of course leading to the national media piling on.

The Bills are who we thought they were. Next four weeks brutal too.

SUMMARY: This was a nightmare for the Bills and feels like an opportunity to give themselves some breathing room in their quest to end the playoff drought went down the drain.  With the defeat it’s as simple as this — beat the Saints at home in 10 days to improve to 6-3 and the stench of Thursday night fades away with everything back on track.  Lose to the Saints and this season heads towards complete unhinging. If you’re going on the assumption it takes 10 wins to make the playoffs and count on losing to Kansas City and New England twice, then all of the other games are essentially playoff contests, and that includes the Saints.