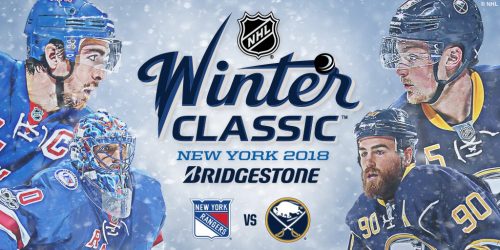 10 years ago the Buffalo Sabres hosted the Pittsburgh Penguins in a New Year’s Day outdoor game at (then) Ralph Wilson Stadium.  Exactly one decade later the Sabres will return outdoors again.

The NHL announced Tuesday the Sabres will face the New York Rangers in an outdoor game next January 1, 2018 at Citi Field, home of the New York Mets and their 41,922-seat stadium.

Ticket information for the game will be revealed soon.

Because the Rangers contractually obligated to play all 41 of their home games next season at Madison Square Garden, the Sabres will technically be the home team for the nationally televised New Year’s contest, meaning they’ll play 40 times at Key Center in 2017-18.