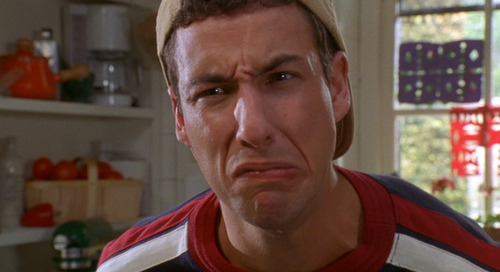 The Buffalo Bills declined to match the two-year, $6.4 million offer for restricted running back Mike Gillislee, who now joins the New England Patriots and makes him a heavy favorite to run for 300 yards and three touchdowns when they play the Bills twice next season.

The Bills waited literally until the Monday 4:00pm deadline before announcing they weren’t matching the offer sheet and several reports indicated the team was undecided right up until the final hour.  The Bills tendered Gillislee at his original draft round (fifth) for $1.7 million, when for roughly $900k more they could’ve virtually assured his return with a second-round tender.

The good news for Buffalo is they receive a fifth-round pick (163 overall) for losing him and gain $1.7 million in cap space back on the books.  To their credit the Bills have a solid history of finding quality backup running backs.

MoranAlytics (My Take):  You can utilize every excuse you want, but no one on planet earth will tell me the Bills lost Gillislee for any reason other than Doug Whaley undervaluing Gillislee’s worth around the league. They tried to get away with a lower tender to save nearly a million thinking no one would give up a draft pick, and got caught. They penny-pinched. It’s not debatable.

Stop with the whole Gillislee wasn’t worth an extra $900K and the Bills shouldn’t spend that much money at second-string running back.  It’s a lazy argument that holds no water when you consider they signed Mike Tolbert in free agency. Add up Tolbert’s salary and Gillislee’s Buffalo offer and there’s your $2.7 million second-round tender right there.  Tolbert is a shell of the player Gillislee is. Jonathan Williams has ability to be an effective NFL runner but based on last year has a long way to go.

The case I’ve made all along for keeping Gillislee is the running back position being the true strength of the Bills roster, and it made no sense to weaken it—not for a lousy $900k.  Again, instead of hedging your bet on 31-year old, slow as molasses Tolbert for insurance you could’ve been assured of retaining perhaps the best “second string” running back in the NFL.

Admittedly, I’d probably be less enraged had Gillislee been signed away by another team.  If your girl dumps you the last thing you want to see is her finding a better looking, more successful version of you–one that rubs salt in the wound by taking your ex to the same club you hang at.

No, let that bitch find a man on the other side of town where you won’t run into her.

Considering the Bills are on a 17-year playoff drought and the Patriots are the defending champs, I trust their player evaluation far more. It concerns me to see them pass over Adrian Peterson, Jamal Charles or re-signing LeGarrette Blount in favor of paying Gillislee $4 million for 2017 and surrendering a fifth-round pick to do it.

If the Patriots are that enamored with his talent and the Bills are that worried about saving money, perhaps they should’ve instead considered cutting McCoy, who’ll be 29 when training camp starts and has nearly 2,000 career rushing attempts on his tires.  Buffalo could’ve saved $6.2 million against this year’s cap with a post-June 1 designation release.

Plus, the only thing I hear from fans lately is that “running backs are a dime a dozen”.  If true, why’s a perennial non-contender paying one nearly $9 million this year?

I’ve never regarded Gillislee as just a backup. I considered him a star-in-waiting.  He was worth $2.7 million in early March. Whaley dropped the ball.  I have a feeling we’ll all find that out this season in Foxboro.