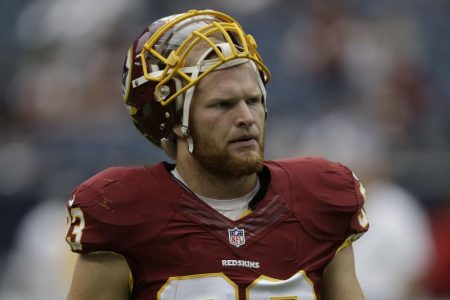 The Buffalo Bills made what many consider a surprising move on day one of free agency Wednesday, signing former Washington Redskins DE/OLB Trent Murphy to a three-year deal for a reported $21 million that could ultimately end up being worth $30 million.

Along with the signing of defensive tackle Star Lotulelei the Bills demonstrated a commitment to improving the front four in 2018.  The Bills defense was relatively good in 2017 but that was largely based on an ability to create turnovers, often at key moments.  The reality is the team wasn’t very good against the run and even worse at consistently pressuring the quarterback.

Murphy at least potentially has the ability to change that.

Murphy was a second-round pick by Washington in the 2014 NFL draft, selected by Washington. Murphy had nine sacks in 2016 but missed all of last season after suffering a torn ACL last August during a preseason game. Even had he not been injured he would’ve  missed the first four games after being suspended for PED’s use.

Murphy has been kind of a hybrid DE/LB, similar to Lorenzo Alexander but the Bills say he’s going to be play defensive end.  The first thought immediately turned to this possibly meaning the end is near for either Jerry Hughes or Shaq Lawson, but Vic Carucci of the Buffalo New cites a team source saying Murphy’s move has no impact on their futures and that the team is looking to add depth to the position.

To answer the questions that have followed my tweet about Jerry Hughes staying put with Trent Murphy addition, the same goes for Shaq Lawson. #Bills want as much DE depth as possible.

Personally, I don’t buy what the team is saying and think either Hughes or Lawson has played his last snap in Buffalo.  We’ll see.