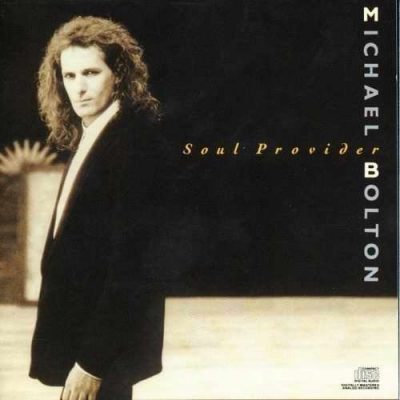 NOTABLE TRACKS “Soul Provider”, “How Can We Be Lovers”, “How Am I Supposed To Live Without You”, “When I’m Back On My Feet Again”

ALBUM MVP: “How Can We Be Lovers”

WHY I LOVED IT:  As a teenager enjoying this album was one of my more guilty pleasures.  As a middle aged man, I’m completely unapologetic about it. To be honest I have no idea if even Michael Bolton ever took his music seriously—I sure as shit didn’t but loved it anyway.  When I was around 18 “How Can We Be Lovers’ was a song I belted out mostly exclusively in the privacy of my bedroom, while now I’m occasionally throwing money into the jukebox to hear it.  Bolton is a cheesy buy and I’m fairly confident he’s embraced it in his advancing age, but don’t mistake cheesiness for an ability to belt out lyrics with the best of them.  This album contained a lot of solid vocal work from Bolton.

COMMERCIAL SUCCESS:  “How Am I Supposed To Live Without You” made it all the way number-one on the Billboard Hot 100 while “How Can We Be Lovers” reached number-three. “When I’m Back On My Feet”, an overrated song I thought sucked also landed in the Top 10 (seven). You can bash Bolton critically to the end of the earth but there’s no denying this was a widely successful commercial album with multiple hit singles.

FUN FACT:  Bolton’s known as one of the kings of the cheesy power ballads, but he was actually very much into heavy metal as a youngster and sang in a hard rock band called Blackjack that once opened up for Ozzy Osbourne.  He also once auditioned to be the lead singer of Black Sabbath. (Credit: Centre In The Square)