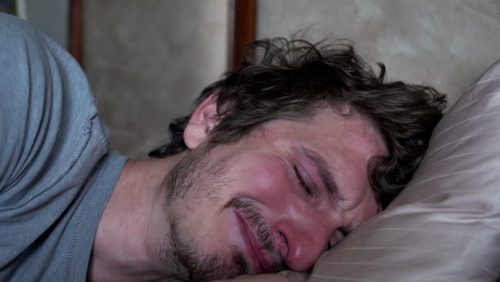 I’d be lying to my dozens of Moran-Alytics fans if I said I stayed up to watch the Buffalo Sabres debut in Vegas conclusion so I could deliver you an intuitive game review. Truth is after David Perron scored for Vegas 3:50 into the third to give the Golden Knights a 4-1 lead, I turned that shit off and chose late night NBA action to fall asleep to. I had enough annoying Sabres hockey in my head and would mail in a quick recap in the morning.

Well, I still am mailing in this recap, but with a drastically different tone.  Buffalo scored three times over the game’s 10 minutes, including the tying goal by Evander Kane with just nine seconds remaining in regulation.  Sure, the Sabres ultimately lost in overtime, 5-4 as Vegas won for the fifth time in six games, but you only need to see the box score to know Buffalo finally started playing with the urgency they’ve undoubtedly lacked early in the season.

It’s also important for the offense that production came via outside the Jack Eichel line.  Ryan O’Reilly (finally) scored his first two goals of the year and Sam Reinhart, playing with O’Reilly and Kyle Okposo scored for a second consecutive game.  The Sabres desperately need that line to get going, because it’s crystal clear their bottom two forward lines are garbage.

Speaking of garbage, Buffalo’s defense was a hot plate of exactly that through 45 minutes, of which I actually did watch.  I’m not sure if Phil Houlsey has a rule against a defender taking out a forward near the net but I can’t remember the last time I’ve seen a Sabres team allow so many guys in front of their goaltender without paying a price.  Rasmus Ristolainen is a disaster so far and is reminding me of the Tyler Myers that eventually got ran out of town more with each passing game. Jake McCabe stinks right now.  Marco Scandella has played better of late but was mistake-prone last night.  Josh Gorges is playing like Josh Gorges, which is not good enough.  God only know why Housley continues to play Matt Tennyson over Victor Antipin.

Last night was a big comeback that should have this team feeling good as they return from a four-game western road trip. The big question is what does it mean moving forward.  Is it the jump they badly needed to move their season in the right direction before it gets away from them? Or was it simply a case of Vegas building a huge lead and getting too comfortable?

One thing’s for certain—at 1-4-2 the Sabres can’t fall further behind in the standings, and I don’t care how much season is still left.

MVP: O’Reilly’s two goals were desperately needed. This guy’s too good to play like he has early on.

LVP:  Ristolainen takes this for a second time in three outings.  I expect more from the clear cut number-one defenseman.

UP NEXT: The Sabres are back home and off until Friday when they host Vancouver.