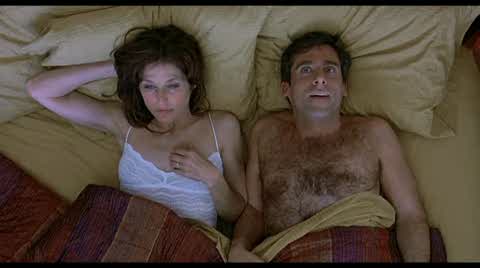 Making his season debut, Justin Bailey scored for the Sabres in the first period.   Benoit Pouliot scored his first Buffalo goal with just 32 seconds left in the second to break a 1-1 tie. Johan Larsson closed the scoring via an empty netter with just 24 seconds left in regulation.

MVP: It wasn’t a solo effort as his team played gritty in front of him, but Chad Johnson was excellent in net for Buffalo. He made 30 saves and none were bigger than getting a piece of his glove on former Sabre Derek Grants blast inside the final minute.  I don’t think there’s a goaltending “controversy” brewing by any means, but it’d be nice to see Housley go back to Johnson Tuesday in Vegas.

LVP: Saturday night in Los Angeles, Evander Kane took a stupid tripping penalty in the third period that ultimately led to the Kings game-winning goal.  Instead of learning from his mistake and playing more disciplined, Kane went out and took three penalties against the Ducks.  None resulted in goals but Kane has to be smarter than that. He also had bad turnover late that resulted in a quality Anaheim scoring chance that could’ve tied the game. There’s not many players in the NHL who possess more talent yet consistently make boneheaded plays to often overshadow said talent more than Kane.

♦ Outstanding job by the Sabres blocking shots tonight, as Anaheim was visibly frustrated by the inability to get more pucks all the way to Johnson. Jake McCabe led the way with four blocks while Nathan Beaulieu and Marco Scandella who each had three.  All three clearly had their best game of the season.

♦ The Sabres special teams continue to be comical.  Last night they couldn’t kill a penalty to save their life and in Anaheim they surrendered yet another shorthanded goal. Incredibly the Sabres have now allowed five shorthanded goals in six games after allowing four all of last season. It’s inexcusable on every level.

♦ Jordan Nolan only had 6:14 of ice time. I’d really like to see him do something in a Sabres uniform.

THE BIG PICTURE: It’s been a horrendous start to the season that’s seen the Sabres get beat up on the ice, in the media and in fan circles.  Tonight was an excellent effort;  especially for a tired team playing a third time in four nights.  Their legs were heavy as the game went on but found a way to grind out a desperately needed win.  Now Buffalo finds itself with an opportunity to earn a split on their road trip come Tuesday night. A win and 2-2 record on this western swing could get them back on track.  As ugly as it’s been, the season’s far from lost after a half dozen games.

UP NEXT: The Sabres trip concludes Tuesday night with their first-ever game in Las Vegas against the Golden Knights.