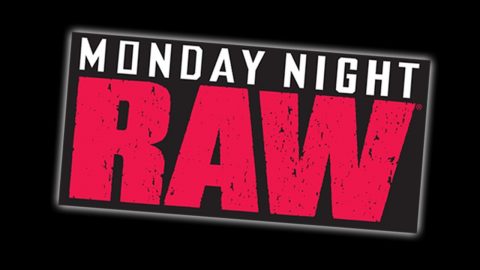 Here’s my five primary takeaways from Monday Night Raw last night in San Antonio, Texas.  If you want match-by-match results or full expert commentary you’re barking up the wrong tree. These are simply my five takeaways based on the show:

♦ Braun Strowman’s the best thing to ever happen to professional wrestling if not my entire life.  After getting “fired” by Kurt Angle to start Raw Braun made the statement of all statements—one that will forever live deep inside my soul.  “I’m not leaving until everyone gets these hands.”  OMG I love it.  Thank you, Mr. Strowman for teaching us the proper to way to handle getting fired.  What’s a little damage to company property, 18 wheelers, countless security guards and of course, Curt Hawkins.  Also, Braun helping himself to the biggest piece of cake in history was literally everything.  Not only do I hope Braun makes sure Brock Lesnar and Kane gets those hands at the Royal Rumble and wins the Universal title, I want him to keep the strap until the day he retires.  Lastly, get well soon, Michael Cole.  While your body never actually touched the ground after going airborne off the stage into a billion security guards I’m sure the psychological damage will last for years.

♦ The curb stomp is back!  Without exaggerating I probably marked out as much when Seth Rollins hit the stomp on Finn Balor than I have for any wrestler or surprise return since Shane McMahon came back nearly two years ago.

♦ Jason Jordan volunteering Rollins behind his back to his dad Kurt Angle for a match with Balor and Rollins’ subsequent reaction was amazing.  I said it last week and I’ll say it again — I’m really enjoying the evolution of Jordan’s slow burn program towards him becoming a heel.  Right now he’s a swarmy daddy suck-up and a geek on the microphone and locker room.  When he ultimately snaps and shows a vicious side we’re all going to love it. At least I know I am.

♦ Balor losing after Jordan cheating to help Rollins and the camera focused on him frustrated (and hurt from the curb stomp) for a solid five minutes before going off the air gives me a sense the seed is being planted for heel Finn Balor. I hope so because creative has dropped the ball big time with him ever since he returned from his shoulder injury.

♦ Asuka versus Nia Jax gave me far more than I expected. It was a two segment match that showed Asuka take a shit kicking far more than I’ve seen to this point.  There was also at least twice where I thought Asuka would submit Jax, which for their first encounter would’ve been senseless to me for Jax’s monster character.  Typically I’d be pissed off with a faux knee injury ending to a match but in this case I thought it was smart booking to semi-protect Jax with the kayfabe injury stoppage. I was also at least mildly surprised Sonya Deville went over clean on Sasha Banks in a match that lasted only about five minutes.  Here’s a hot take: Deville is going win a woman’s title on either Raw or Smackdown before the year is over.  Overall I thought it was a solid night for the women portion of Raw.

Quick Bonus Takes: I’m almost over Woken Matt Hardy already, that shit is overly gimmicky.  Also, Booker T is the fuckin’ worst commentator ever and lastly, it was noteworthy that the announce crew only addressed Paige as injured and unable to compete at the Royal Rumble.  Maybe her in-ring career hasn’t been decided quite yet after all.

Conclusion: The last Raw before the 25th anniversary edition next week, I thought this was a very good show for a second week in a row.  Moran-Alytics Grade: A