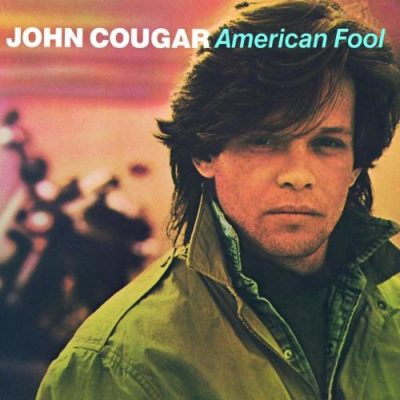 NOTABLE TRACKS: “Hurts So Good”, “Jack and Diane”, Hand To Hold On To”, “Thundering Hearts”

WHY I LOVED IT:  I’d be lying if I said I was a big a fan of heartland rock  of most my friends and I liked many more 80’s rockers than John Cougar, but man I really liked and respected this album. I was 11 years old when it came out and remember is being so incredibly huge.  “Hurts So Good” and “Jack and Dianne” were literally inescapable to hear on the radio stations, so whether you liked the songs or not they grew on you. I’ve always held artists in high regard that produce albums genuinely true to their genre and Cougar, to that point was as heartland rock as it gets—making his music feel all the more authentic. His vision for middle America was second-to-none and never was that more expressive than with “Jack and Dianne”, which came in at No. 85 on my Favorite 100 Songs of the 80s countdown earlier this year, in which I wrote

“Jack and Diane” genuinely feels like the pulse of the heartland of America.  You sense that tenfold with the video, which features a ton of Cougar’s old high school photos and videos to give it a vast sense of authenticity.

His other songs, even the aforementioned monster hit “Hurts So Good” were just alright for me.  Still, I respect the artistry of Cougar (I suppose I should add Mellencamp at some point) and liked this album enough for it to deserve a spot on this countdown.

COMMERCIAL SUCCESS:  Talk about a commercial breakthrough—not only was “American Fool” one of the most successful albums of 1982 it ranks among the best-selling albums of the entire decade.  It took over the top spot on the Billboard Top 200 from Fleetwood Mac’s “Mirage” on September 11, 1982 and remained at number one for nine weeks before finally get knocked off by Men at Work’s “Business as Usual”.  Of course, its success came on the strength of two enormously popular singles.  “Jack and Dianne” soar to number-one on the Billboard Hot 100 while “Hurts So Good” had to settle for number two.  The songs finished 1982 seventh and eight respectively on the year-end Billboard Hot 100.  “Hurts So Good” would spend 16 weeks in the Top 10, more than any pop single form the 80s.   “Hand to Hold On to” reached 19 on the Billboard Hot 100 while “Thundering Hearts” made an appearance on the Billboard Top Tracks at No. 36. In total “American Fool” has sold more than five million copies.

FUN FACTS:  Via AXS.com here’s a fun fact about Cougar (Mellencamp—ugh)  you may not have known:  “Political activism has always been a big part of John Mellencamp’s life and his greatest legacy in that arena is Farm Aid, the longest running benefit concert series in America. Mellencamp co-founded the event in 1985 along with Willie Nelson and Neil Young, with Dave Matthews joining the Board of Directors in 2001. Since the initial concert in Champagne, Illinois, the organization has raised over $45 million for farmers and helped promote causes like getting farm fresh food into local communities.

In its 28 years, Farm aid has taken place all across the country, raising awareness and money for farmers nationwide. Farm Aid is scheduled to take place in Raleigh, North Carolina this weekend, Sept. 13, with what’s sure to be a huge 30th anniversary concert coming next year.”