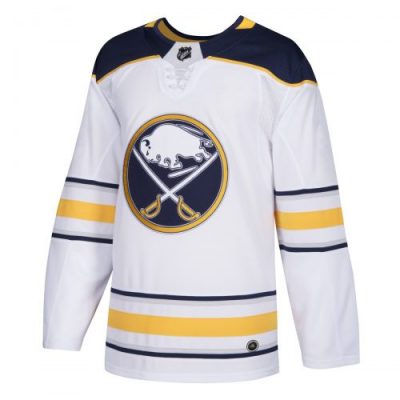 As expected, the Buffalo Sabres got busy immediately as free agency started Saturday with a flurry of signings, although none are considered “splashy”.

The top name coming to Buffalo is goaltender Chad Johnson, who’s returning to the club on a one-year, $2.5 million deal.  Johnson had one of his best seasons with the Sabres in 2015-16; compiling a 22-16-4 with a 2.36 GAA and .920 save percentage while playing in front of a squad doing their best to tank the season.

The Sabres also added potential depth at forward by signing former Edmonton Oiler (and half of the league) Benoit Pouliot to a one-year, $1.15 million deal.

MY TAKE: Jason Botterill told fans before free agency to not expect splashy signings, and he held true to his word.  That doesn’t mean I’m not enthusiastic about Botterill’s direction. I loved what Buffalo has done today—at least by signing Johnson. Count me among the minority (for now) that think Johnson will soon enough platoon with Robin Lehner if not ultimately win the job outright. Lehner’s numbers were good enough last year statistically but there’s something about him I can’t buy into at this point, and I’m sorry but in today’s NHL you need a goalie who can stymie skaters in shootouts, as that extra point swing in them adds up over of 82 games. I mean, how do you literally not make a single save in eight shootout attempts over a season? Christ, you should make a stop or two purely by accident. Anyway, I’m happy Johnson’s returning regardless of how big his role is. Worst case he’s a solid backup capable of starting a stretch of games if need be.

I also like Johnson’s addition in that it gives Ullmark another full season (barring injury to Johnson or Lehner) to develop as a full-time starter in Rochester.  Let Botterill and his staff evaluate Ullmark with their own eyes over a year and then make a determination of if he’s NHL backup or starter worthy going forward.

I don’t know much about Pouliot other than it’s a low-risk move by Buffalo, good considering Pouliot is 30-years and joining his seventh NHL team.  I do know Pouliot was awful for Edmonton last year; scoring eight goals in 67 games and going scoreless in the playoffs. He was bought out by the Oilers earlier this week. Best case the guy becomes a useful bottom six winger—he’s had five seasons of at least 14 goals in the league and according to a report has the fifth-best average points per 60 minutes in the NHL over the past three years.  Worst case scenario he sucks, such as he reportedly did last year resulting in Buffalo waiving him and sending him down to rot in Rochester if he goes unclaimed. While I think yesterday’s addition of Pominville nearly the chances of Brian Gionta returning, Pouliot is likely the final nail.

Think of things this way—if Jason Pominville and Tyler Ennis basically wash each other out, the Sabres essentially traded Marcus Foligno for Marco Scandella and then replaced Foligno, a bottom six forward with fellow bottom sixer Pouliot for slightly more than a million less.

The other moves are very low key designed to bolster Rochester and aren’t worth discussing. Plus, I don’t know shit about any of em.