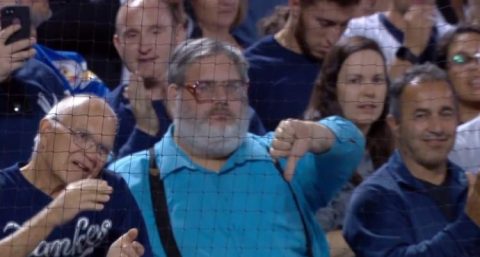 In case you didn’t notice and going by the comments, emails and Twitter mentions you certainly haven’t, I’ve been on an extended holiday hiatus. I live in Florida now but was afforded an opportunity to spend three weeks in my hometown of Buffalo, New York for Christmas season.

I used the chance to spend quality time with family and friends I don’t get to see as often as I like anymore. I also spent considerable time thinking about this blog and things I’d like to do for it to be better in 2018.  I have some new ideas and features I’ll be rolling out over the next several days.

Of course, the absolute highlight of my trip and time away was being in Western New York on New Year’s Eve, surrounded by more than 40 family members/Bills fans as Buffalo finally ended their 17-season playoff drought.  That was a special memory I’ll never forget and something beyond football I’ll be writing about later this week.

Anyway—I’m back, bitches.  I’ll be posting with far more regularity than ever before, except for when it comes to the Sabres—-because they’re terrible.