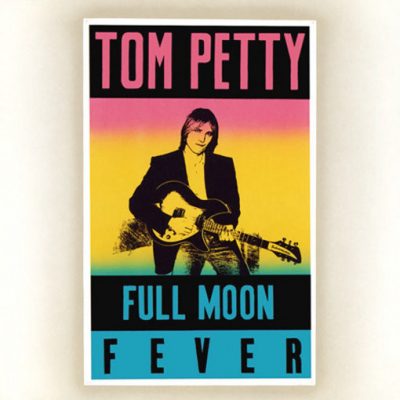 Album MVP: “I Won’t Back Down”

Why I Love It: It doesn’t get more heartland U.S.A than Tom Petty and that’s very evident on this album, as was the case on several works of one of the great musicians of this or any era. “Free Fallin'”, “I Won’t Back Down” and “Runnin Down a Dream” are all positively essential songs to any serious 80s collection – you’re kidding yourself if you think otherwise.

Full Moon River mixes stereotypical rock n’ roll with  catchy choruses and thought-provoking lyrics. Petty was never the type of vocalist that was going to leave you in awe when hearing or him and knew that –therefore staying in his lane and creating what is in my opinion a classic American rock record for the 80s –and far beyond.

Commercial Success: After being the lead in Tom Petty and the Heartbreakers for a long time this was technically Petty’s debut solo album although it featured contributions from band members among others.  As you’d expect the album did well commercially, peaking at number-three on the Billboard Top 200 and finishing the last year of the decade ranked 19th on the year-end Billboard Top 200.  While only one song, “Free Fallin” (seven) would be a top 10 hit on the Billboard Hot 100, Petty did reach the top of the Mainstream Rock Tracks three times, with “Runnin’ Down a Dream” and “I Won’t Back Down” joining the party. Clearly Moran-Alytics liked this album more than Rolling Stone magazine, as Rolling Stone only ranked this 92nd on their 100 Beset Albums of the 1980s.  In total Full Moon River would sell more than five million copies in the United States.

Fun Fact:  Courtesy of CBC Radio: Tom Petty was born in Gainesville, Fla., on Oct. 20, 1950. His father was an insurance salesman who reportedly beat Petty, but music provided an escape. His love of rock ‘n’ roll officially began in the summer of 1961, when he was just 11 years old, and met none other than Elvis Presley, who was shooting a film in nearby Ocala. Petty’s uncle, Earl Jernigan, owned a film-developing business and worked on location shoots when they came through town, and his aunt picked up Petty so he could go to the set. Hundreds of fans screamed as The King pulled up in a line of white Cadillacs.

“He stepped out radiant as an angel. He seemed to glow and walk above the ground. It was like nothing I’d ever seen in my life. At 50 yards, we were stunned by what this guy looked like. And he came walking right towards us,” remembered Petty, who stayed on set to watch the filming for the rest of the day. He was smitten by all of it — the cars, the fans, but mostly Elvis’s swagger.

After that, he listened obsessively to Elvis records. “That’s what kicked off my love of music. And I’d never thought much about rock ‘n’ roll until that moment.”