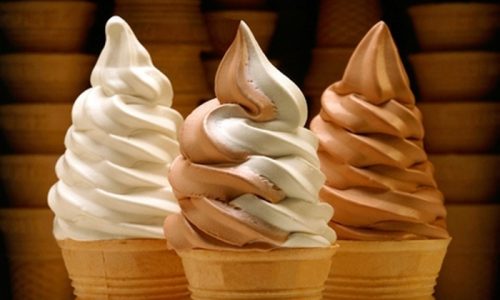 If your special teams sucks, there’s clearly no better cure than playing the Buffalo Sabres.  The Los Angeles Kings entered Saturday night’s contest scoreless in 17 power play opportunities but naturally converted all three Saturday against the Sabres, easily the difference in their 4-2 victory.

Buffalo by far played their most competitive game of the season but playing spirited gains you nothing in the standings— standings that show the Sabres winless with just one point at 0-4-1.

It’s astonishing how wretched Buffalo’s special teams have been early this season.  After owning the top power play in the NHL last year the unit has given up twice as many shorthanded goals (four) as they’ve scored themselves. Tonight it was the penalty kill unit’s turn to reek, a unit that entered the game third in the league.

MVP: Jack Eichel was the best Sabre on the ice Saturday and performed the way a franchise player is supposed to. He perfectly set up Zegmus Girgensons for the game’s first goal and after committing a penalty in the third that led to the Kings second score, Eichel atoned by scoring himself 1:59 later to tie the game. He also brilliantly set up Seth Griffith on what should’ve been a goal but Jonathan Quick made a highlight reel save. The team has been miserable but Eichel’s up to seven points in five games.

LVP: Rasmus Ristolainen stunk and it’s something I’m seeing far more of than I should.  This is the supposed to be the Sabres No. 1 defenseman, the reason he’s signed for six years at nearly $5.5. million annually yet he’s out there not tying up Dustin Brown in front of Robin Lehner on LA’s first goal and clueless of Tanner Pearson behind him on the Kings’ game-winner. He may have logged game-highs of 28:12 of ice time and six credited hits, but this dude is playing the softest hockey of his career. I don’t expect much from Josh Gorges and Matt Tennyson, I expect more from Risto and he’s not even coming close to delivering.

♦ I don’t care if the Sabres have played a full, half, quarter season or even just one game with Phil Housley behind the bench, the special teams woes have to at least in part be directed at him and his staff. The honeymoon for this staff has ended quickly.  The performance of the special teams and the bottom half of this roster is completely unacceptable.

♦ It’s hard to criticize Evander Kane when he’s one of the few Sabres playing well but man, that third period penalty he took that almost immediately resulted in Los Angeles’ game-winning goal was a real boneheaded move.  Kane was literally in the LA zone one on four and when he inevitably lost the puck he got his stick between the Kings defender skates and tripped him. I’m all for Kane trying to make something out of nothing with the puck but he’s got to be smarter in those situations.

♦ If I’m management my patience with Benoit Pouliot is getting very thin. The guy’s been a chronic underachiever throughout his career and five games in it’s easy to see why. He completely blew a three on one break in the first period by losing control of the puck and has been garbage these first handful of games.  There’s a reason he could only get a one-year, $1.025 million contract on the open market this summer. I’m almost ready for Jason Botterill to expose him to waivers and when no one claims him let him go play for Rochester. I’d prefer to see Bailey, Baptiste, Fasching or almost any Amerk in his place.  How much less can productive can someone else be?

SUMMARY: There’s 77 games left to play but it feels like 17. This season is getting away and getting away fast. What percentage of blame you assign to unproductive star players (Ryan O’Reilly, Kyle Okposo, Sam Reinhart, Riso), Botterill for assembling what seems like a garbage back half of the roster, or this coaching staff is debatable.  Divide that fault anyway you want but it all adds up to Buffalo looking like they’ll be in a familiar high draft pick chase come January/February as opposed to a playoff hunt. It’s early, but not too early for panic.

UP NEXT: They’re back on the ice Sunday night in Anaheim to wrap up a four game road trip.