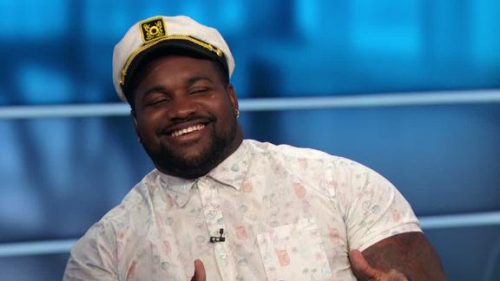 The Buffalo Bills have been pretty good on the field this season, and there’s rarely a dull moment off it either.  An October Friday evening is no exception, as the Bills sent shockwaves through the league by dealing Marcell Dareus to the Jacksonville Jaguars in exchange for a sixth-round pick.  Dareus gets reunited with Doug Marrone in Florida, with whom he had his most productive seasons. In making the deal Buffalo is hemorrhaging a pile of money now for him to not play in Buffalo, while conserving much more further down the road. If nothing else, there’s no denying Bills general manager Brandon Beane as a true wheeler and dealer.

Here’s my thoughts on the move.

♦ At first glance when considering only what Buffalo got back, it seems like a lousy compensatory return for Dareus.  I mean, for all his issues on and off the field Dareus is one of the more talented defensive tackles in the league—a two time Pro Bowler who has registered more than five sacks in four of his six seasons. To only receive a sixth = next spring while still saddled with a $14.2 million dead cap hit for 2018 seems lopsided against the Bills.

♦ It’s not about the sixth-rounder or dead cap money as much as financial flexibility beginning in 2019. For all intents and purposes this deal was a salary dump.  Per Spotrac the Bills are eating $10.66 and $14.2 million in dead cap hits for the rest of 2017 and 2018 to save $5.7 and $2.35 million  in actual cap space, respectively. That’s a lot of short term money to swallow in order to rid them of a contract that was essentially appalling from the day it was signed.  However, the financial profit to dealing Dareus will kick in two years from now when Buffalo saves $11.585 million in 2019, $14.6 million in 2020 and $14.65 million in 2021.

♦ Whether he was traded or released after the season there was no circumventing Dareus leaving the roster without significant undesirable financial impact before 2019.  Had the Bills waited until after the season to cut him, they would’ve saved $5.265 million against the cap but incurred a $21.55 million dead cap hit for 2018, unless designating him a post-June 1 cut, in which they would’ve only taken on a $13.750 dead cap for 2018.  However, doing that would’ve only saved them $2.35 million against the cap (same as now with Jacksonville trade) plus they would’ve still had $7.8 million in future dead money beyond next year, not to mention it may’ve hamstrung their ability to maneuver early in free agency. No matter what way you slice it releasing Dareus was going to ultimately cost the Bills $21.55 million to go away.  Dareus would’ve had to stay with Buffalo through 2018 for the Bills to trade or release him without significant negative financial ramifications for 2019 and beyond, and it became quite evident that was never going to happen.

♦ The Co-LVP’s of today are Doug Whaley and Jim Overdorf.  Congrats, shitheads on handing Dareus far and away the worst contract in the history of the franchise.

♦ If I have one beef with this deal, I would’ve liked the Bills to see a useful role player come back in return instead of a sixth-round pick. Off the top of my head running back TJ Yeldon would’ve been a nice addition to backup Lesean McCoy.

♦ I think unofficially any chance Dareus had of staying with the Bills long term died when he showed up late for the August 26th preseason game in Baltimore and was sent home. That was the beginning of the end. From there it was about him getting healthier and productive, which he finally was last Sunday against Tampa to show other teams who may want him he can still play.  I now realize Tampa was more a showcase came for Dareus than anything else, just as  Sammy Watkins was in the preseason before getting dealt to Los Angeles.  With his contract and checkered past Dareus was probably not in the team’s long term plans anyway, but he sealed his fate that night in Baltimore. In a conference call with the media tonight Beane said the incident was a “disappointment” but not a breaking point. I say to that same media Beane’s full of shit.

♦ According to Beane the team wasn’t making calls trying to trade Dareus and that Jacksonville reached out to them. Whatever you say, dude.

♦ This is an opportunity for Jerel Worthy, Adolphus Washington (if he doesn’t get traded himself before October 31) and especially Cedric Thornton to step up and make a name for themselves.  Thornton was the primary backup to Dareus’ position.

Raise your hand if on August 10th you had Buffalo pegged for dealing Watkins, Ronald Darby, Reggie Ragland and Dareus all before Halloween. You’d have thought the Bills were tanking harder than the 2012-14 Buffalo Sabres.  Yet they sit here tonight at 4-2.  It’s crazy.

♦ Are the Bills done trading? Quite possibly not.  The deadline is October 31st and there’s still a surplus of tackles. I could easily see Cordy Glenn if an acceptable offer comes along.  Seeing the Bills only demanding a sixth, I’m not sure what they consider acceptable will be much more.  For the record, Glenn being traded would bring about dead cap hits of $8.9 million this year and $9.6 million in 2018 (per Spotrac). Seantrell Henderson I suppose could be a trade option as well, although any team dealing for him would be taking on a major risk.  Personally, I think Glenn is gone before the deadline. I can see him going to Denver, Philadelphia or the New York Giants.

♦ As for Anquan Boldin wanting to come out of retirement to play for someone other than the Bills, I hope they get something for him via trade, but if they don’t I’d rather Buffalo refuse to release him and let him rot than let him step foot in a locker room he never wanted to be in to begin with.  Sure, he’s still talented, just as he was when signing here and would be helpful on the field, especially considering Zay Jones hasn’t been able to catch a cold.  But his willingness to retire before playing for this team proved he’s not #AddictedToTheProcess and has me like..

♦ This couldn’t have been an easy trade to make. Dareus played well against Tampa and it appeared to be rounding back into form.  At the end of the day the Bills are dealing away a considerable talent and receiving nothing that will help in 2017, unless Dareus was that bad of an off-field distraction. The Bills are 4-2 and while the team is trying to win games and contend now, every move they’ve made this year has been about the future as much or more than it is for now.  You don’t see teams trade away Pro Bowl defensive tackles for future draft picks often, especially when that team is flirting with being a playoff contender far earlier than most expected.

♦ I’ve spent a lot of time discussing the financials of this deal but it goes further than that.  It’s discernible that cohesion, accountability and yes—literally being addicted to the process is mandatory among this new regime. I don’t think you need to be a NFL insider to figure out Dareus never fully bought in, if at all.  Give this organization credit. Whether it works out or not remains to be seen, but they clearly know what they want.

These moves have certainly made 2017 fun and exciting, but anyone can deal talented player for draft picks. Ultimately it comes down to what Beane and McDermott do with these picks that will determine the success of the franchise for years to come. Simply put, the Bills need to nail the 2018 draft.  Tonight they got themselves another pick.