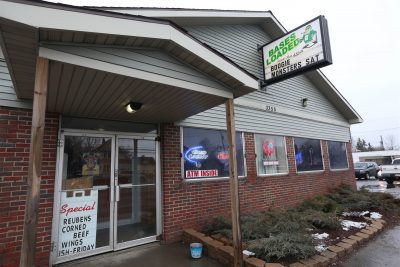 There’s enough context in the following paragraphs to need a tantalizing lead in.  You already know what’s coming, so just read on already…

PROS: These were good wings—well above average. I got both medium and medium Cajun and both were cooked well with a solid amount of crisp without blatantly overdoing it for effect. The sauce portion was perfectly fine as was the price. Not huge but decent size wings and the wait wasn’t anything out of the ordinary, especially considering it was rather busy for a Sunday evening.  Also, the interior makes for comfortable sitting and eating, which is far bigger than it appears from the outside.

CONS: Cajun mixed with either medium or hot is sort of my go-to signature flavor so I’ve had them at a many places. I went with medium and probably regret that as the medium tasted closer to mild than hot. In that regard they paled in comparison to some of the best in the area. It’s the only noteworthy criticism I have of the place and it’s not a huge one either. 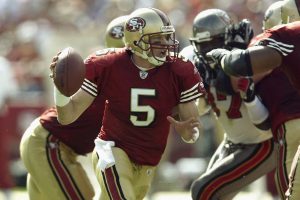 QB COMPARISON: Jeff Garcia, a good quarterback so very close to cracking those highest of quarterbacking tiers but couldn’t quite get over the hump.  Sure, I can think of many more gifted but I’ll roll into a Sunday afternoon with Garcia and feel pretty good about my chances nearly every time.  Bases Loaded are a 10-6 team.

OUTLOOK: These are close to being upper echelon wings but not quite there. Considering few people outside of the Hamburg/Blasdell area have probably been there I’d certainly say Bases Loaded at least flirts with being a legitimate “hidden gem” in Western New York.

If you tried several spots like I have and labeled this a top 10-15 joint you wouldn’t get a huge argument from me. Conversely if you say their average I wouldn’t be ready to fight you either. I did think the medium sauce, both traditional and Cajun lacked a little punch and that deterred me from really loving them.

I wouldn’t necessarily jump in my car from Tonawanda and skip dozens of closer spots to ride 30-40 minutes for Bases Loaded, but if you’re in the vicinity not only do I feel good recommending them but feel you’d be foolish to not give them a shot.