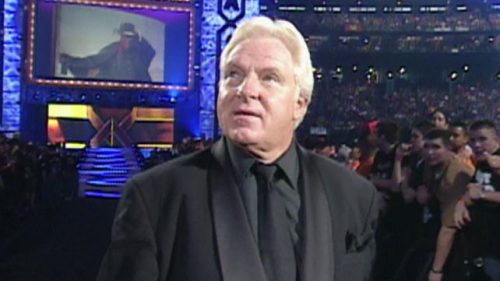 Sunday turned into a very sad day for  the professional wrestling world as the fans lost one of the very best to ever do it.  WWE Hall of Famer Bobby “The Brain” Heenan passed away following a very long illness.

In my opinion Heenan was not only the best manager in wrestling history but also its best television commenter—and it wasn’t close.

Heenan became known  to fans as a manager in the AWA in 1974 and spent a decade there before Vince McMahon lured him to WWF. During that time he managed a who’s who of superstars: a list including Big John Studd, Ken Patera, Paul Orndoff, King Kong Bundy, Harley Race, Arn Anderson, Tully Blanchard, King Kong Bundy, Curt Henning and Andre the Giant among several others.

He went on to spend eight years in a TV commentating role with WWF and his on-air chemistry with Gorilla Monsoon has been unrivaled before or since.  He spent the last six years of his career with WCW.

Heenan was inducted into the WWE Hall of Fame in 2004, where during his speech his Hennan got emotional when thinking of Monsson, weeping and saying “I wish Monsson were here.”