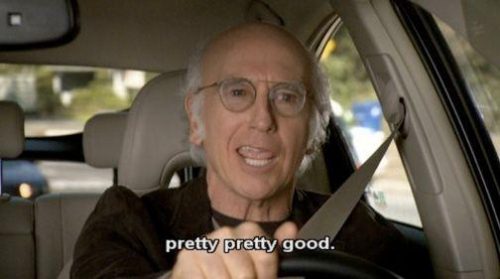 Sorry I’m late to the party with my takes on the Buffalo Bills opener. I live in Bradenton, Florida and have been dealing with Hurricane Irma issues over the past several days.  I got to watch the game live on Sunday, most of it anyway and again via All-22 this morning, which considering I have power  here while literally thousands don’t feels like a minor miracle for me.  Before moving on to football, I want to offer my thoughts and prayers to those down here not as fortunate as my family. I know of people and towns devastated by this. Had the Hurricane drifted just 50 miles further into the Gulf of Mexico before heading inland exactly where it did, I’m not slapping this post together today.

Anyway, I thought the Bills did what they were supposed to do Sunday against a lousy New York Jets team.  From a Buffalo perspective that’s neither a compliment nor an insult.  It simply is what it is.  The Jets are rotten and it’s impossible to learn much based solely on playing them.

That doesn’t mean there isn’t plenty to discuss. Typically I’d have more to offer but for this week, you’ll have to settle for a handful of random thoughts:

♦ I don’t expect 2017 Tyrod Taylor to look much different 2016 Tyrod Taylor.  With few exceptions he’ll look good against the teams he’s supposed to and likewise bad against the others.   To me, Buffalo got the former on opening Sunday in completing 16-of-28 passes for 224 yards and two touchdowns against a (lousy) interception while adding 38 yards on the ground. I also thought he looked poised under pressure, which was too often and minus a few shitty throws was accurate (at least by his previous standards.)  Apparently that’s not good enough for a lot of the fan base, am I’m still read plenty of criticism two days after the game. I don’t necessarily think Tyrod is the long term answer in fact I’m quite confident he’s not, but as long as he’s on the field I’m going to at least give him the opportunity to win me over.  If you’re hating on No. 5 based on Sunday it’s because you’re already predisposed to.

♦ Lesean McCoy was, by a comfortable margin the best player on the field for either team.  That won’t be the last time that’s written this season either.   He’s been trapped on some mediocre teams his first two seasons here and this could well be the third, but this guy is one of the most gifted athletes to put on a Bills uniform in a lot of years. I’d have to go back to Eric Moulds since Buffalo had an athlete capable of being this dominant.

♦ Count me among the herd singing Jordan Poyer’s praises right now.  Since I have no recollection of seeing him make an impactful play throughout the preseason nor reading anything overly positive on him during camp, I wasn’t expected much. It’s only one game but dude looked like Ed Reed out there. If he’s even close to this good going forward the combination of he and Micah Hyde becomes a mammoth upgrade over last year’s Corey Graham/Aaron Williams tandem.

♦ I don’t write an awful lot based on All-22 film on Tuesdays following the game, but I must commend Eric Wood on his competitiveness.  You don’t hear this often about centers, but the guy was flying around the field trying to make second and third blocks, and you have to watch the film to appreciate his tackle following Taylor’s interception in the first quarter.  Lots of guys like to talk like leaders.  Wood plays like one. If you have NFL Game Pass, I’d highly recommend taking a spin through and watching Wood’s hustle.

♦ I laughed at the Bills decision to have Ramon Humber as a starter on the defense coming into the season. I’m not laughing after Sunday. He more than held his own and I don’t care about his team-leading 13 tackles either.  He looked the part as a starter this week—that’s for sure.

♦ WGR’s Sal Capaccio hit the nail right on the head with his Charles Clay assessment. He had an extremely up-and-down opener. The talented but thus far underachieving tight end played a big role in the passing game (nine targets, 53 yards receiving and a touchdown) but also has a false start, dropped two passes and missed a few blocks in lazy fashion.

♦ Kyle Williams looked much better than Marcell Dareus. Considering the guy is in his 12th year that simply shouldn’t be happening.  Call this is a “hot take” if you want, but at least occasionally I see games from Dareus where it looks like he couldn’t give a shit less about being there.

HOT TAEKERY: I’m not sure the Bills have had more pressure to win a season opener than they did against the Jets. Literally, had Buffalo lost to hapless New York, fans would’ve turned on them in droves immediately and this may have felt like the longest week ever at One Bills Drive.  To their credit Buffalo handled their business, particularly in the second half.  They dominated New York defensively, precisely what should happen when facing a putrid offense architected by one of the 10-million McCown brothers.

From an optimistic point of view I think Buffalo owns a defense significantly better than last season, and not just based off what we saw against the Jets.  Sean McDermott is a good defensive coach and these players look like guys that fit what he and Leslie Frazier are doing—something among other factors sorely missing during Rex Ryan’s tenure.  The Buffalo safeties look good and Tre’Davious White has a compete factor in him that’s going to make him very good.  I still think, to put it mildly the Buffalo linebackers are suspect but on a whole this should be a much improved defense teams won’t consistently push around.

Unfortunately it may not be until the Bills face the Jets again in Week 8 that fans are rejoicing following a win.  They’re hungry and competitive for sure, but they’re also underdogs in their next six games, starting this Sunday at Carolina.

Other than McCoy, there’s not a guy on the entire offense I’m completely sold on. Sure, I see Jordan Matthews having a Robert Woods’ish effect and Zay Jones will develop into a nice player, but unless McCoy looks like a league MVP candidate every week this offense is going to struggle—a lot.

To be fair, McCoy if healthy is more than capable of playing at a MVP level — and backs like Adrian Peterson (in his prime) have carried lesser offenses on playoff chases.

I simply need to see this team play and have success against some real competition. Sorry, I know giving them very little credit because it was the Jets is short sighted, but that’s where I’m at right now.