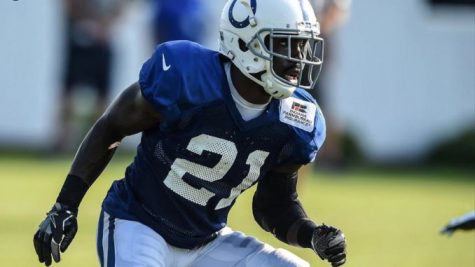 No one was going to leak this news before Vontae Davis himself.  The cornerback tweeted #BillsMafia on this Twitter account Monday evening to indicate he was signing with the Bills. Not long after the team made it official, announcing they’ve signed Davis to a one-year contract.

Davis is a big “name” and has had a nice career. The two-time Pro Bowler has started 112 games in his career with the Indianapolis Colts and Miami Dolphins while snagging 22 interceptions. However his play definitely fell off and he was cut by Indy after undergoing season-ending surgery in 2017.

I fuckin’ love this signing.  You hear the term “prove it” deal thrown out all the time and this is exactly that.  While Davis isn’t young he isn’t exactly “old” either at 29.  He’s a talented player that won’t be asked to carry the secondary on his back.  In fact what I love most about this deal is that it means the starting secondary is already set for 2018 —- one of the few parts of the roster not in need of significant tweaking if not a major overhaul.

It obviously signifies that E.J. Gaines will be leaving as a free agent. That’s good news for Bills fans.  Actually you want him to leave and get severely overpaid.  The best part about signing Davis is that because he was cut by Indy he doesn’t count as a free agent signee in the compensation formula for 2019. That means his signing doesn’t hurt the Bills next year while Gaines leaving could help.

Future draft pick shit aside I just flat-out like this move.