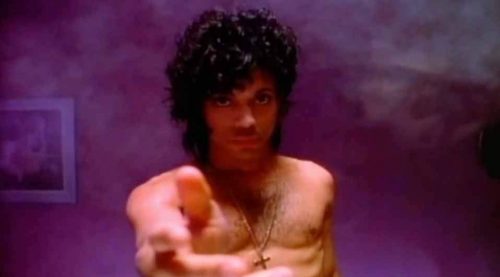 What takes a good or even great song and transcends it into an all-time favorite usually entails encompassing a personal connection—a vivid memory forever linked in your mind.  I was born in 1971 and grew up in a home where my Motown/Oldies-loving father pretty much detested any music from the 80s. That wasn’t limited to specific genres either; it mattered not if it were Michael Jackson, Culture Club, Twisted Sister, Run DMC or Madonna. My dad didn’t wanna hear that shit.

Chances were if I were playing “my” music at a decibel unacceptable to him, I’d be greeted with a “turn that fuckin’ shit down right now” wail from the old man, typically followed by genuine threats to shatter my boom box with a hammer. Needless to say if it wasn’t Elvis, The Temptations, Paul Anka or some variation of those styles he vetoed it being played in his house.

I’m aware my anecdote isn’t moving the enthusiasm needle in the slightest, but here’s my point—despite my dad finding just about everything and anything 80s music insufferable, he undeniably loved Prince. I mean freegin’ LOVED his music. He had the Purple Rain album and straight wore out the needle playing that record. I’m not sure why I found my dad’s obsession with Prince so mesmerizing but hand to God— more than 30 yars later it’s literally one of things I most remember about the mid-1980’s, and I’m going further than merely music.  Since I was too young then to really appreciate many of the great tunes from the 50’s and 60’s he dominated my ears with, listening to Prince with my father was one of the few musical bonding moments we ever shared.

Like I said, favorites quite often have personal connections…

Prince was a world-class artist and for me When Doves Cry was his Mona Lisa. It’s easily one of the greatest songs of the ’80s and unbelievably pioneering instrumentally as Prince took out all the bass before releasing the record.  Between the unforgettable intro, a groove anyone can get down with, a catchy chorus rooted in deeply personal feelings and an outro with Prince screeching over crazy sounds I can’t fully explain—you never want the song to end. Ironically that’s exactly what it does, end seemingly without warning.

Did I mention Prince played every instrument on the track?

With yesterday’s number-four selection, Lionel Richie’s Hello I discussed loving the song despite a horrifically stupid music video that accompanied it.  That’s not the case here as the video for When Doves Cry was nearly as fantastic as the song itself.  It centers around the ultra-sad delicacy of Prince having his girl (Apollonia) stolen by his rival (Morris Day) and also an violent father who abuses his mother. There’s multiple cutaway shots of Apollonia during happier times and the video expertly employs animal imagery to illustrate wearisome relationships. Prince is like in a bathtub and shit…. Seriously, it’s brilliant.

I’ve written this before, in fact several times as this countdown winds down and it merits repeating one final time—-1984 is the greatest year for pop music in history.  That said it only seems fitting When Doves Cry finished that historic year with the number-one song on Billboard. It was the best of the best.

Forget limiting this to 1984. To this day When Doves Cry is still astoundingly excellent and has emphatically stood the test of time.

Chart Success: When Doves Cry reached number-one the Billboard Hot 100 and held the top spot for five weeks.  It finally got overtaken by Ray Parker Jr’s Ghostbusters. In total it spent 23 weeks on the charts and finished 1984 number-one on the year-end Billboard Hot 100.

Great Lyrics: At least in the Purple Rain movie the song indicates Prince doesn’t want to become like his parents and particularly his father, who’s “too demanding” (and also downright physically abusive).

“Touch if you will my stomach

Feel how it trembles inside

You’ve got the butterflies all tied up

Don’t make me chase you

Even doves have pride

How can you just leave me standing?

Why do we scream at each other

Fun Fact: Since we’re so close to the end let’s drop a few. Via Songfacts, When Doves Cry kept Bruce Springsteen’s “Dancing in the Dark” at number-two for three straight weeks and therefore, the Boss has never had a number-one hit. Essentially Prince cock-blocked him.   This was the highest of three Prince songs in this countdown, all landing inside the top 15.  Purple Rain came in at No. 15 and Let’s Go Crazy soon followed at No. 13.   Prince finished his career with 11 top three songs including five number ones: When Doves Cry, Let’s Go Crazy, Kiss, Cream and Batdance (from Batman).