On this episode of Talking Buffalo Podcast presented by Sonny Reds, host Patrick Moran has a conversation with Chad DeDominicis of Expected Buffalo on a variety of topics centered on the continued struggles of the Buffalo Sabres.

The abbreviated 2020-21 NHL season being another lost cause for the Sabres already seems to be a foregone conclusion as Buffalo finds itself last in the Eastern division and among the fewest points in the entire league.  Chad discusses several of the issues, including a growingly unhappy captain in Jack Eichel, a $9-million per year forward (Jeff Skinner) who literally can’t get on the ice, their big $8 million one-year free agent acquisition (Taylor Hall) who has one goal on the season and a defenseman expected to be a franchise cornerstone (Rasmus Dahlin) that’s looked pretty ordinary in his third season.

Of course much of the Sabres woes extend off the ice and Chad has plenty of thoughts on head coach Ralph Krueger, including examining why he thinks Skinner is clearly in Kruger’s doghouse despite the coach futile attempts to deny it.

Back luck has played a role in the Sabres season thus far and Chad hits on some of that too, including the unfortunate injury to Jake McCabe as he was playing the best hockey of his career and Rasmus Ristolainen still not recovered from Covid.

It’s not all bad news though.  Chad highlights a few of the bright spots, including the play Dylan Cozens and seemingly improvement from Casey Mittelstadt, who looked like a sure-fire bust not long ago.

The guys also spend time talking the Sabres all-time draft Chad did on this podcast with Paul Hamilton, John Vogl and Kris Baker last year before getting into the rocky relationship between Sabres bloggers, podcaster and fans in general with the mainstream media. All that and plenty more.

Follow Patrick Moran on Twitter @PatMoranTweets. Make sure to subscribe to Talking Buffalo Podcast on your favorite podcasting platform and be sure to rate/review the podcast. It helps us grow the show! 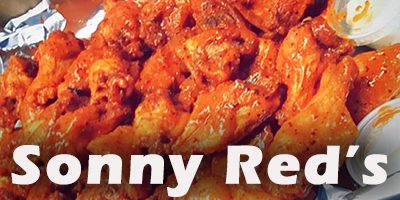