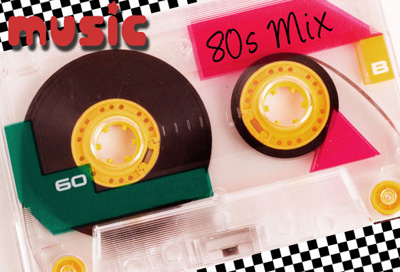 I’m rather obsessed with 80s music and unapologetic about it.  If we’re at the club and you hear Debbie Gibson’s “Only in my Dreams” on the jukebox, look no further when seeking the perpetrator. It was my dollar that paid for 3 minutes and 44 seconds of awesomeness. You’re welcome.

On that note, the first in a series of countdown-style lists I’m producing on MoranAlytics features a catalog of my favorite 100 songs from the 1980s.  Each morning I’ll drop a new one as we ever-so-slowly make our way down the list.

Just one song per day? Yes. I want to make this last forever (Not only a Keith Sweat pun but also the theme song of my 1989 high school prom).

There’s no scientific formula to my list. I took into consideration billboard chart accomplishment but ultimately it’s simply a countdown of my most beloved 80s jams—-one I undoubtedly spent far too much time and effort amassing.  This was harder than you think.  Seriously, I could’ve compiled a Top 250 and still had ditties I liked left off.

I won’t liter the next 100 days with spoilers, but I’d be remiss to not extend apologies to some 80s jams I love that didn’t make the final cut.  This includes feeling the “noize” of Quiet Riot, running against the wind with Bob Seger, seeing my love pushed over the borderline by Madonna, getting hit with Pat Benatar’s best shot, having sweet dreams courtesy of the Eurythmics and being the owner of a lonely heart thanks to Yes.

But I digress.  I look forward to this voyage with you and hopefully a couple of spins down memory lane along the way.