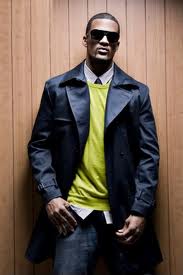 Sad news emerged Thursday as a deceased body found in a river in Fort Wayne, Indiana was identified as former Buffalo Bills wide receiver James Hardy.  According to reports Hardy’s body was discovered by an employee at the Fort Wayne Filtration Plant at around 2:30pm Thursday afternoon.

The cause of death is currently undetermined; although it doesn’t take a genius to figure out foul play may have been involved.  Hardy had been reported missing by his mother since May 30.

Hardy played parts of two seasons with the Bills in 2008-09. His death comes after just 31 years on this earth.

MY TAKE: Let’s get the football part out of the way.  Hardy was a huge bust with the Bills, both literally and figuratively.  The 6-foot-6 receiver out of Indiana University was the second-round pick of the Bills (41st overall) in 2008.  He was expected to give the Bills offense a big boost but injuries and floundering play when relatively healthy led to his tenure in Buffalo being short.  Hardy caught just 10 passes for 98 yards and two touchdowns over parts of two seasons before getting cut in 2010 after undrafted rookie David Nelson beat him out for a roster spot in training camp.

Also, who gives a shit about football right now.

I met Hardy in 2009 shortly after launching a blog called Buffalo Sports Daily.  He came off to me as well spoken and pleasant. During my time writing about the Bills regularly (2009-14) there were a handful of players always willing to talk to the “small timers”, and thus developed solid relationships with.  Nick Barnett, Cordaro Howard and Dorin Dickerson are a few that immediately come to mind.  Hardy was as well.  Whether you covered the beat for the Buffalo News, in town to do a story for ESPN or were a mom’s basement blogger like myself, if you wrote about the Bills Hardy gave you his time, at least that was the case for me.  I dunno—maybe he respected my boyish handsome looks or something.

His niceness towards me aside, I talked to Hardy probably a half dozen or more times in 2009 and something just seemed off.  Sifting through his softly spoken tone I always got the sense he wasn’t as happy as he should be. I mean, this guy is in the National Football League making big money yet he often struck me as sad.

By the way, Hardy’s gifts extended beyond the football field.  I know for a fact he was being sought out to do modeling. Hardy was a good looking dude and if his mind was right (evidently it wasn’t) he could’ve had a nice future in the industry.

Unfortunately, trouble seemed to find Hardy everywhere he went and it was mostly his own doing. In 2006 he was arrested on battery charges.  In May of 2008, almost immediately after Buffalo drafted him it was alleged he pulled a gun out on his father following an argument, although no charges were ever filed.

In October of 2009 Hardy found himself in hot water again. While dating then-reality star Toya Carter (ex-wife of rapper Lil’ Wayne), it was reported Hardy gifted her a lavish pink gun as a 25th birthday present. While the purchase wasn’t illegal, it was the last thing Hardy needed his name publicly attached to.  At the time I spoke to Hardy off the record and his publicist, Patrice Horton on the record and both denied Hardy purchased the gun for Carter.  Later I’d find out from more than one source that Hardy actually did purchase the gun for Carter, but I never reported it.  I didn’t see any sense in causing Hardy more grief.  Like I said, I really liked the guy and he was one of the few players that didn’t treat bloggers like shit.

I talked to Hardy a few times after the Bills cut him. He tried out with Seattle and Cincinnati after Buffalo nixed him. I specifically remember Hardy texting me in October of 2010 that he was hopeful the Bengals would sign him and felt great about his workout, but it never happened.

That was the last time I texted with him.

In 2011 he did sign with the Baltimore Ravens but barely got on the field during camp because of his hamstring. He was cut and his career officially came to its unceremonious conclusion.

It was sad to learn that Hardy had passed away yesterday.  As sad as I am, I can’t say I’m stunned.  Rest in peace, James Hardy.