On this episode of the Moran-Alytics Podcast presented by Pulse Cellular, Patrick Moran finishes his “Wings With” series by sitting down with Buffalo News veteran reporter and columnist Mike Harrington at the Amherst Pizza and Ale House for a chat on a variety of topics.

After devouring pit charred Crown Royal BBQ wings on the back patio of the bar, the two had a discussion about wings including Moran’s absurd wing consumption count during his Buffalo trip while explaining how it went from a joke to at least semi-serious now that people are placing stock into his wing reviews and rankings.

From there they discuss some of Mike’s summer, including a trip to Lambeau Field with sites and scenery that left him envious and longing for Buffalo to do more visually with sports presentation.  They also talk about how Mike has gotten to enjoy more of the summer – a far cry from this time last year when he was essentially on an island covering the Buffalo Sabres mostly himself after an exodus of Buffalo News veteran writers that included his Sabres beat partner John Vogl.

Both praise the great job Lance Lysoscki did his first season with The News  covering not just the Sabres beat but hockey for his first time ever after previously covering the Pittsburgh Pirates in MLB.

Of course they spend considerable time talking Sabres and as you’d expect Mike comes with strong takes on several matters—a clear must-listen for any hockey fan.

They wrap with Patrick asking a series of fun random questions before ending on a serious note as Mike passionately discusses the importance of people supporting local journalism.

You can follow Mike on Twitter @ByMikeHarrington and of course support local journalism by subscribing to The Buffalo News either online, print or both.

Immediately after Moran’s joined by Aaron Quinn (@AaronQuinn716) of Cover 1 for the first time in over three months.  They hit on several Buffalo Bills topics including the perceived progression of Josh Allen, how at least one of them may have underestimated the significance of Cole Beasley, the level of concern with offensive line injuries, Duke Williams, Tyree Jackson, Darryl Johnston and more.

Make sure to check out Cover 1 for some of the premiere Buffalo Bills content you’ll find anywhere. 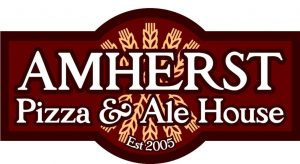