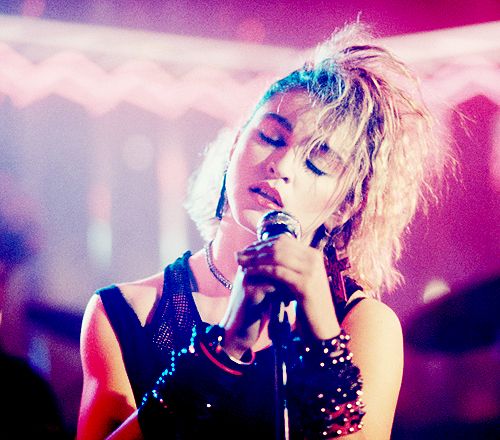 Madonna is no stranger to this countdown, with Crazy For You marking her fourth appearance already, joining Papa Don’t Preach (No. 96), Borderline (88) and Like A Prayer (84).  Here’s a spoiler alert—this isn’t quite the last you’ll see of Madonna either.

While she’s far better known for delivering pop records that govern clubs and dance floors everywhere, she’s also been known to dispense a powerful ballad jam or two along the way.   Crazy For You was actually Madonna’s first big departure from her signature dance sound—-and man did it ever work.

The single was the highlight on the soundtrack for a lousy film called Vision Quest that starred Matthew Modine, Linda Fiorentino and featured a small acting part by Madonna herself.

I mean, who gives a shit about the lousy movie. This song is a balladeering chef-d’oeuvre as far as I’m concerned.  In my opinion, this is the ditty coupled with many of her up tempo tracks that firmly established Madonna as a serious all-around adult contemporary singer.

It’s some of her best work—and gave my 14-year old self the ability to imagine she was singing it to me.

Great Lyrics: The song was co-written by John Bettis and Jon Lind. The pair had plenty of success in the songwriting game, with Lind co-writing one of my favorite slow jams, Save the Best For Last (sung by Vanessa Williams).

Fun Fact: This was Madonna’s second number-one hit, following Like a Virgin.  Incredibly she’s charted 12 billboard number-one hits in her career.  Crazy For You was nominated for a Grammy for Best Pop Vocal Performance, but she lost out to Whitney Houston (Saving All My Love For You).