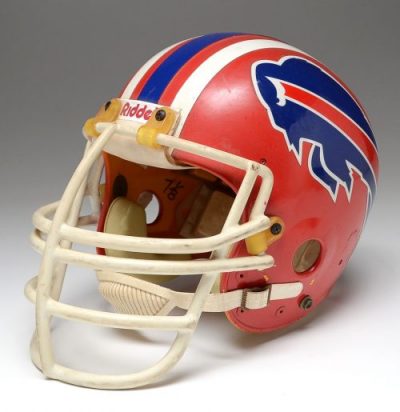 First-year Buffalo Bills head coach Sean McDermott has built up some trust among the team’s fan base with his no-nonsense attitude since taking the reins from all-talk, no-action Rex Ryan earlier this year. That trust escalated this fall as the Bills, a focus of “tanking” talk over the summer shocked most the football world by winning five of their first seven games and finding themselves dead smack in the middle of a playoff race.

After Sunday, however, that trust hasn’t just been compromised—it may be completely gone.  Like, jump off the plank level gone.

The Bills went out to Los Angeles to face the 3-6 Chargers and were downright embarrassed, 54-24 to lose their third straight game.  Making his first NFL start, Nate Peterman threw five interceptions before halftime and mercilessly getting pulled.

How much McDermott’s decision to bench Tyrod Taylor for Peterman this week was solely his, a mutual staff decision or mandate from above is debatable.  What’s for certain is it’s a decision McDermott must and is owning. It’s damaging to his credibility.

McDermott attempted to sell to fans and I’d imagine his locker room as well that Peterman gave the team a better chance to win. That may go down as one of the franchise’s all-time biggest misses. I got nothing against Peterman but he wasn’t ready for this stage. Maybe someday he will but that day wasn’t Sunday.  It was like asking a reasonably talented high school JV freshmen to move up to varsity and expecting positive results. It’s just not happening. In fairness not all the turnovers were Peterman’s fault, especially the first one that sailed through Patrick DiMarco’s hands, but the kid simply isn’t good enough to be a starter right now. It was literally one of the worst NFL starts by a quarterback in the history of the league.  He finished 6-of-14 for 66 yards and five interceptions.

None of this is to suggest the Bills would’ve won had Taylor started. Let’s not forget Taylor threw for 56 yards against the Saints one week prior.  But it’s not because of that. It’s more because the defense is proving themselves to be atrocious. More specifically, they can’t generate a pass rush, can’t stop the run, can’t cover anyone and for the love of God can’t scheme right either—because I can’t grasp how Buffalo constantly had linebackers in coverage against Keenan Allen.

For the record, Allen finished with 12 catches for 159 yards and two touchdowns. If Los Angeles had reason to continue throwing Allen could’ve challenged for every NFL single-game receiving record. He undressed anyone who tried to cover him, especially Leonard Johnson.

135 points, 1,242 yards and 104 first downs. That’s what the Bills defense has surrendered during this embarrassing three-game losing streak. You’re absolutely correct in arguing the Bills offense has done them no favors with the turnovers and three-and-outs.  Still, it’s no excuse to play this pathetically when you’re supposed to be a team built on defense.

Most of us, certainly me included expected this team to play much like it has the past three weeks. Starting 5-2 just makes it hurt a lot more than it would otherwise.  The Bills were a plus-14 in turnovers after seven games and now we know it masked so many deficiencies.

There’s absolutely no way McDermott can walk into the locker room and try to sell his players the team has a better chance to win in Kansas City this coming Sunday with Peterman as the starter again. They’ll think he’s a joke and no one will take him seriously.