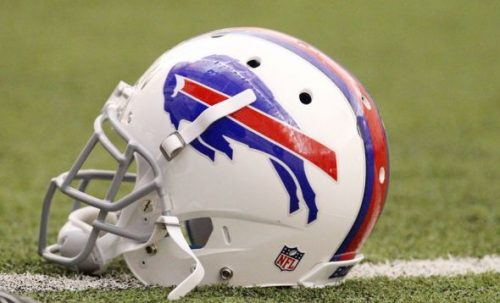 With minicamp over the Buffalo Bills now prepare for training camp starting July 27th in Rochester.  Of course, they’ll be doing so not just with a new head coach in Sean McDermott but a boatload of new players, both free agents and draft picks.

Let’s list and briefly discuss them—in order of least to most important.

(18) Nathan Peterman, QB (6th Rd draft pick): I don’t expect to see him on the field this year. If this list was one year from now I’d have him much higher.  Hell, I’ll even go as far to say there’s a chance he can be the future starter.  However, for 2017 he’ll get worked in as a third stringer behind Tyrod Taylor and T.J Yates, as barring injury I anticipate Cardale Jones getting axed.

(17) Cedric O’Neal, RB (Undrafted FA): A sleeper pick to make this team, I can see him earning the third tailback spot with a strong camp and preseason.  Don’t sleep on Joe Banyard though-a guy I mentioned earlier.

(16) Matt Milano, LB (5th Rd draft pick): He’s primed for a battle with fellow linebacker draft pick Tanner Vallejo that likely only sees one make the 53 man roster and despite Milano’s selection a round higher, Vallejo seems to be ahead early.

(15) Rod Streater, WR (free agent): He along with Philly Brown and possibly others should have a spirited battle for the fourth receiver spot, assuming the Bills don’t go out and sign another proven guy before the season—far from a given considering they just took a run at Jeremy Maclin. For the moment Sammy Watkins, Zay Jones and Andre Holmes appear entrenched as the top three.

(14) Charles James, CB (free agent): The four-year veteran cut by Indianapolis this offseason will start camp low on the depth chart, but he has a good chance to rise.  Only Tre’Davious White, Ronald Darby and Kevin Seymour are locked on the roster right now at corner.

(13) Philly Brown, WR (free agent): Mentioned a competition with Streater and others previously, but didn’t mention Brown should have the upper hand. He had 27 catches with Carolina last year and obviously Sean McDermott knows him well.

(12) Stephen Hauschka, K (free agent): He’s a kicker. He kicks extra points and field goals. He’s pretty good at both.  No more Dan Carpenter for fans to slap around.

(11) Tanner Vallejo, LB (6th Rd draft pick): He’s got a legitimate chance to make the team for depth and special teams contributions. He appears to have the edge in mini-camp over Milano, working with the second team defense per multiple reports.  It’s a good bet only one of two make the team.

(10) Vladimir Ducasse, OL (free agent): The former Baltimore Raven is poised to battle John Miller for a starting right guard job at training camp.  Even if he doesn’t win the gig he’s a good bet to make the team as he’s versatile enough to backup both guard and tackle.

(9) TJ Yates, QB (free agent): Unless he’s a colossal failure at camp, Yates is all-but-assured of unseating Cardale Jones and opening the season as the backup to Tyrod Taylor. The realization that Yates is just one play away from having a major say in the Bills 2017 season isn’t an alleviating thought to fans.

(8) Andre Holmes, WR (free agent): Reports say he looked good at minicamp. He’ll have every opportunity to be a big contributor on offense, similar to Justin Hunter after he joined during last season. Holmes had 47 catches for 693 yards with the Raiders a few seasons ago.

(7) Jordan Poyer, S (free agent): The former Cleveland Brown is pretty much locked into a starting job at safety. I’m not very high on him.  With Colt Anderson and B.T. Sanders as his primary competition I hope my feelings about his game are wrong.  No one currently on the roster is unseating him.

(5) Zay Jones, WR (2nd Rd draft pick): Warranted or not he’s going to be compared to former Bills receiver Robert Woods, who left for the Los Angeles Rams this offseason.  If Jones stays healthy it’s impossible to envision him not starting from day one.   Can he give Buffalo the production they lost with Robert Woods? Woods had 51 receptions for 613 yards and a touchdown in 13 games last year-doable numbers for Jones as a rookie.

(4) Dion Dawkins, OT (3rd Rd draft pick): He’s manned left tackle at OTAs and minicamp while Cordy Glenn is out injured, but it’s hard not to see him as the opening week starting right tackle.  Jordan Mills was a disaster there in 2016 but the team re-signed him anyway.

(3) Micah Hyde, DB (free agent): A strong safety who can literally play anywhere in the secondary, Hyde while inconsistent at times with Green Bay is distinctly more talented than either of the Bills departed starters from 2016, Corey Graham and Aaron Williams.

(2) Gerald Hodges, LB (free agent): WGR’s Sal Capaccio reported this week the Bills signed Hodges to just a one-year deal at the league minimum.  You heard it here first—that deal may turn out to be one of the bigger steals in recent team history. I think he’s going to win, rather easily a starting linebacker job at camp and have the type of productive season last year’s LB castoff acquisitions had for Buffalo— Lorenzo Alexander and Zach Brown (before he basically mailed it in during the Pittsburgh game). I love Hodges on this team.

(1) Tre’Davious White (1st Rd draft pick): He isn’t going to be as good as Stephon Gilmore as a rookie, but this kid may be the best player in the secondary the first day he steps on the field for training camp. He’s got the ability to be great and an infectiously good attitude. I think he’s going to be a solid starter right away and soon enough become a fan favorite.